You can lower your cooling bill 2 percent by raising your thermostat one degree in the summer? Lower it a degree during the winter and save three percent.

PINEVILLE, La., Feb. 25, 2010 - Cleco Corp. (NYSE: CNL) - "Cleco delivered solid earnings in 2009 in the face of a tough economic environment," said Mike Madison, president and chief executive officer of Cleco Corporation. "2009 was a defining year for Cleco with several key initiatives coming together. The foundation of our growth strategy is now firmly in place.

"Rodemacher Unit 3, the largest generation project in our history, achieved full commercial operation earlier this month. This unit is expected to provide stable, low cost power to our customers for decades to come. We also have received approval from our regulators to transfer half of the Acadia plant to Cleco Power. The addition of these two facilities to the Cleco Power generation fleet creates the efficient diversified portfolio we hoped to achieve," Madison said.

"With the completion of the Rodemacher Unit 3 construction and the associated increase in Cleco's earnings power, we are now in a position to increase the common dividend," Madison said. "This dividend increase is a step toward achieving our longer term goal of a dividend payout level in the range of 50 percent to 60 percent of sustainable earnings. This action on the dividend underscores management's and the board's confidence in the outlook for our business and our focus on our shareholders' total return."

The declaration of dividend payments is at the board's sole discretion and future dividend increases are subject to numerous factors that ordinarily affect dividend policy, including the result of Cleco's operations and its financial position as well as general economic and business conditions.

Cleco is targeting consolidated 2010 earnings in the range of $2.05 - $2.15 per share. The 2010 consolidated earnings estimate includes normal weather and excludes one-time results of the Evangeline transaction and the Acadia transactions. 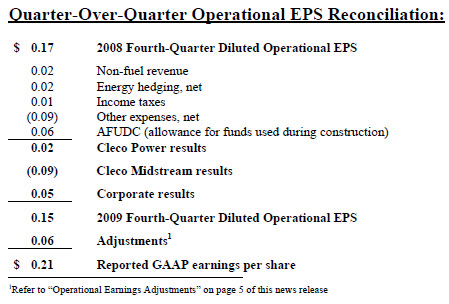 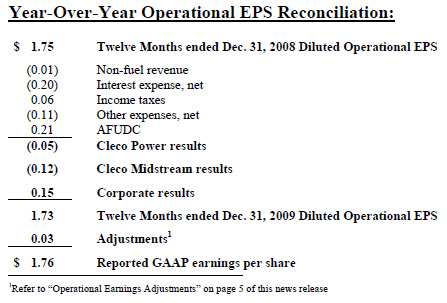 Cleco management will discuss the company's annual and fourth-quarter 2009 results during a conference call scheduled for 11 a.m. Eastern time (10 a.m. Central time) Friday, Feb. 26, 2010. The call will be webcast live on the Internet. A replay will be available for 12 months. Investors may access the webcast through the company's Web site at www.cleco.com by selecting "For Investors" and then "Cleco Corporation Fourth-Quarter 2009 Earnings Conference Call." 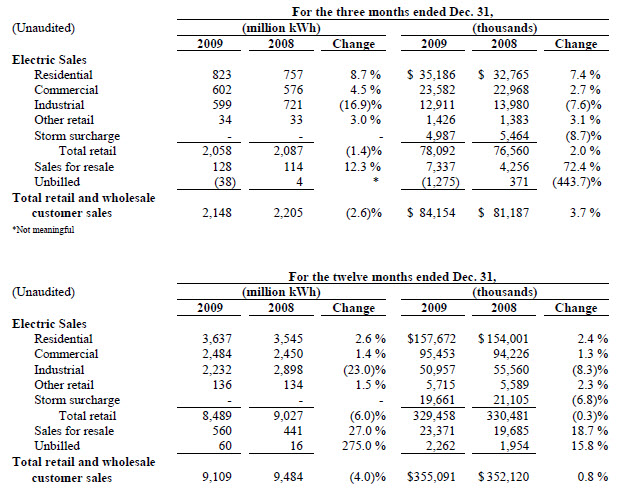 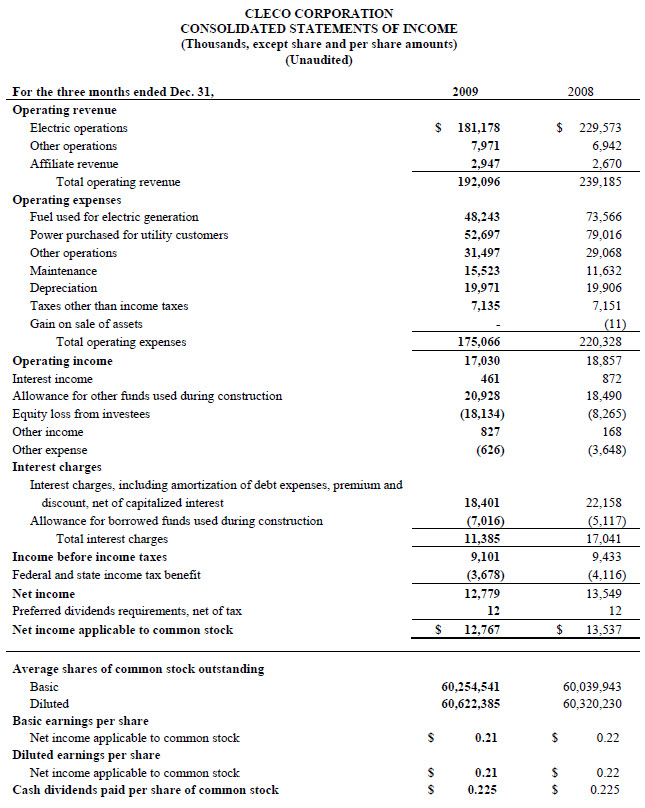 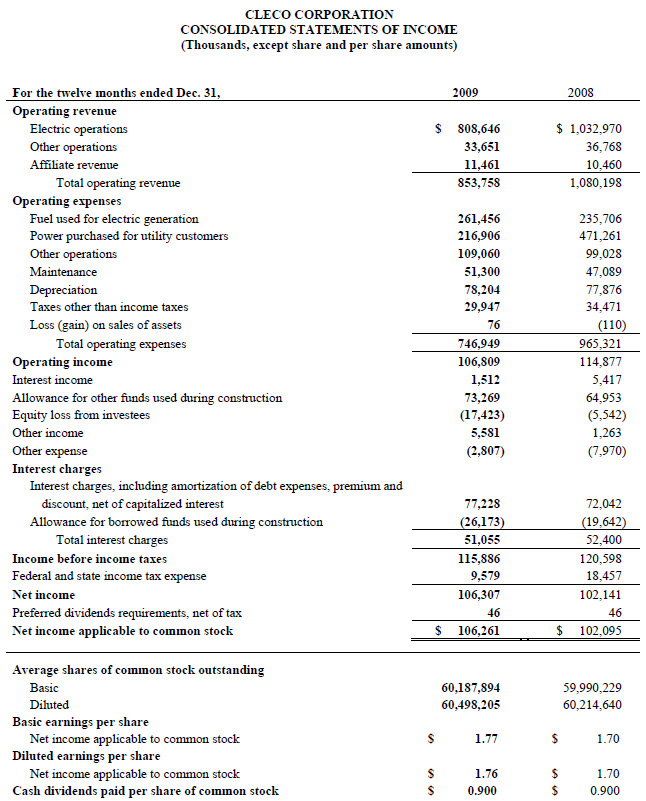 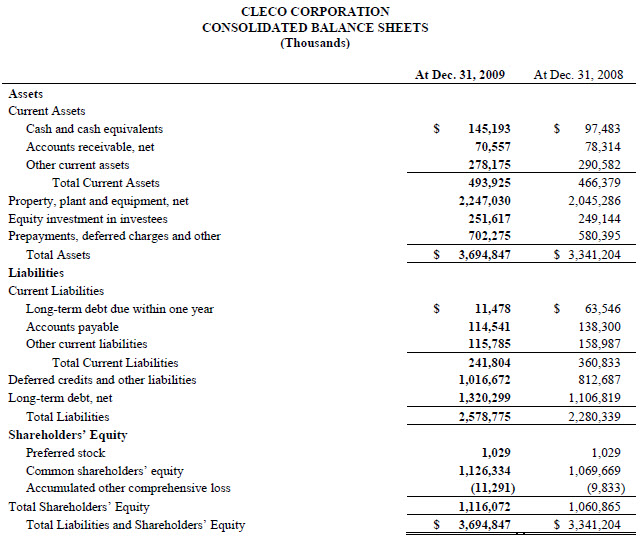 Please note: In addition to historical financial information, this news release contains forward-looking statements about future results and circumstances, including, without limitation, statements regarding the Rodemacher Unit 3 project and completion of the Acadia/Entergy Louisiana transaction. There are many risks and uncertainties with respect to such forward-looking statements, including the weather and other natural phenomena, state and federal legislative and regulatory initiatives, the timing and extent of changes in commodity prices and interest rates, the operating performance of Cleco Power's and Cleco Midstream's facilities, the financial condition of the company's tolling agreement counterparty, the performance of the tolling agreement by such counterparty, construction and operational costs of Rodemacher Unit 3, the completion of the Acadiana Load Pocket project, the completion of the Acadia/Entergy Louisiana transaction, the impact of the global economic downturn, and other risks and uncertainties more fully described in the company's latest Annual Report on Form 10-K. Actual results may differ materially from those indicated in such forward-looking statements.